Karl Derrick is a professional screenwriter, screenwriting consultant, producer and director who has worked in the film industry for thirty years. Here is a rare chance to attend his ‘Genre screenwriting workshop‘.

Karl has written over a dozen feature film and television screenplays, four of which have been sold outright and a further three optioned. His beginners’ courses on professional screenwriting, ‘The Write Stuff’, are taught all over the world and are always well and enthusiastically attended. Karl’s credits include the Harry Potter films, Gladiator, 1408, The Brothers Grimm, Kingsman, Doom, Reign of Fire, The Mummy Returns, Pride and Prejudice and Zombies, The King, and The Witcher. 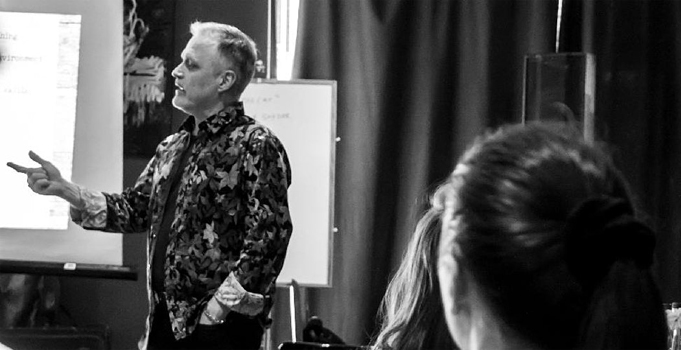 * How to pace and structure a commercial genre screenplay

* How to create interesting, vibrant characters

* How to avoid common pitfalls

* The ten commandments of screenwriting

There will also be a special prize awarded to the person who the other participants feel has contributed most to the course overall. The prize is a pen, hand made by Karl from wood from the Great Hall set of the first Harry Potter film, an actual piece of Hogwarts! 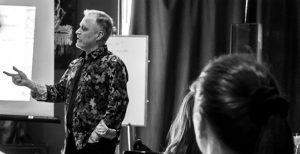 Karl’s beginners’ courses on professional screenwriting, The Write Stuff, are taught all over the world.

He’ll start them up again when the plague leaves town. Use the form below if you’d like to be notified of future dates.